on December 27, 2019
2018-19 NBA Rookie of the Year Luka Doncic of the Dallas Mavericks is now part of the Jordan Family Brand as its latest endorser. Luka Jordan signature shoe on the way?

The internet went crazy, when rumor blow that Luka Doncic will sign w/ the Jordan Brand. It's now all official as Jordan Brand announced the partnership with Luka. Luka's prowess in the court has turned many heads, and has become the go to person of Dallas, since the retirement of Dallas Superstar Dirk Nowitzki.

Luka looks up to Michael Jordan even from a young age and it's like a dream come true for the young Slovenian baller. "It is exciting to join such a talented roster and being given the privilege of defining the next generation of the Jordan Brand," says Dončić. “Michael Jordan was a hero of mine growing up, so being able to represent this iconic brand, especially as a kid from Slovenia, is an honor.”

His Airness himself, Michael Jordan welcomes Luka with open arms: “Luka is a phenomenal player, and at such a young age. He’s demonstrating skill it takes many guys years to develop. It will be incredible to watch him continue to advance in the league... We are excited to welcome him to the Jordan Brand family. He rounds out a roster of incredible new talent united to represent Jordan Brand for the next generation.” 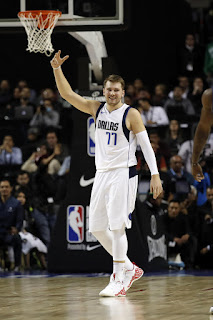 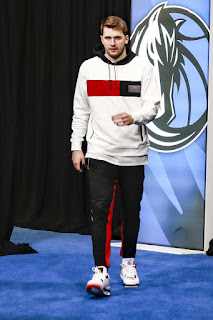 Superstitious or not, sneakerheads will love the new Lebron 14 colorway. Inspired by Lebron's recent visit in the Philippines, the King truly show his love for the Pinoy fans.

This latest colorway of LeBron 14 aka Agimat(Amulet) will be released in the Philippines ahead of its official Worldwide release date. Whether you like it or not, fan or hater of Lebron, the Lebron 14 Agimat will be one of the most talked about signature basketball shoe in the Philippines

Are you a creator or follower? Adidas' James Harden explains why he's a Creator